As proud product sponsors of the Bloodhound SSC land speed record attempt, Aquilar was excited to attend the first public run on the 26th October at Cornwall Airport in Newquay. The event marked the 20 year anniversary of the current World Land Speed Record of 763mph, set by Wing Commander Andy Green.

Bloodhound SSC achieved a speed of 210mph on the 2.7km runway, in front of around 3500 spectators. The Bloodhound team is aiming for an eventual record attempt speed of 1000mph next year in South Africa.

Aquilar supplied the leak detection for the vehicle’s critical safety system, providing a solution in which the TT1000 and TT3000 are used in conjunction with each other to differentiate between HTP and water. In addition, the TT-FFS is used in various places within the car to detect any leak of liquid hydrocarbons. Due to the fast reaction times of the leak detection products, Aquilar can minimise the risk to the driver and the car in the event of a leak, as a result of the efficient abort and shut down of the car.

Managing Director, Julian Waumsley says, “We are excited to see the project’s progress and are very proud that Aquilar is a part of it. We look forward to the next developments.” 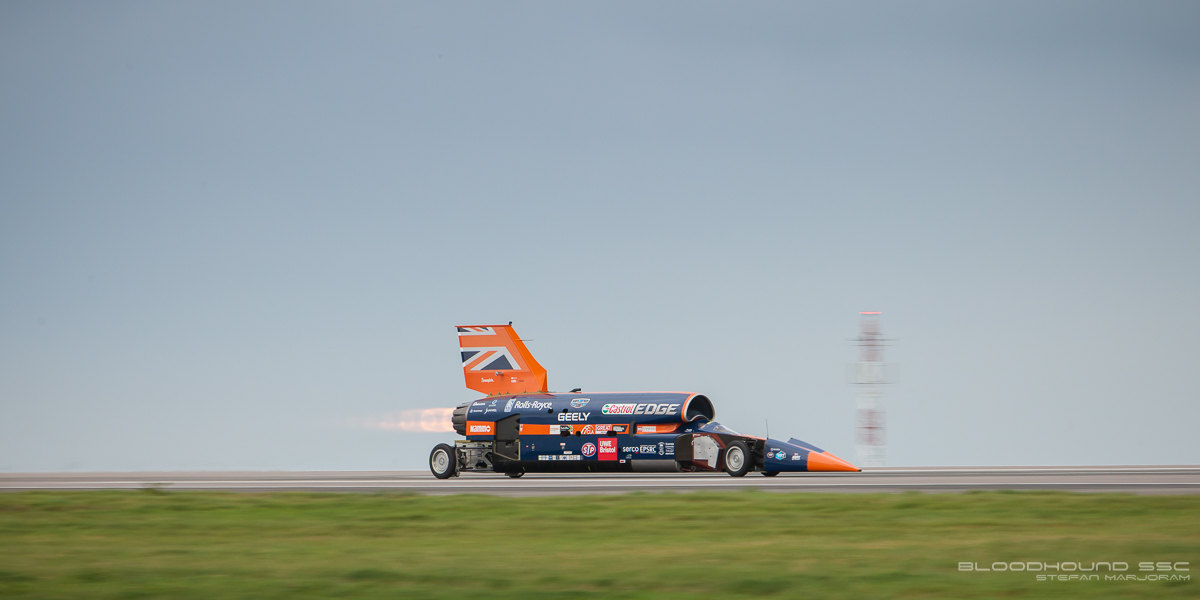