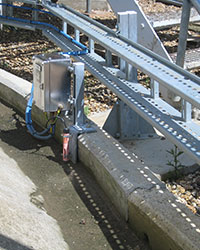 THE RISK
Hydrocarbon leaks into bunds around fuel storage tanks pose an extreme danger and need to be detected very quickly to avoid potential disasters on the scale of Buncefield. The refinery sought an effective hydrocarbon leak detection system capable of alerting operators early and triggering the emergency response.

THE SOLUTION
Tyco Thermal Controls provided the solution with its TraceTek FFS (Fast Fuel Sensors): fast acting probes for detecting hydrocarbon fuel spills. These sensors ignore water,yet react to the presence of a thin film of fuel oil on the surface of rainwater in bunded areas or collecting in sumps. 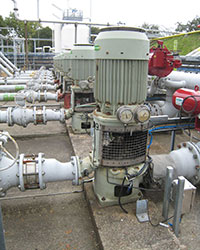 The minimum fuel thickness required for detection is less than 1mm and the sensors will trigger an alarm within a few seconds of initial contact. TraceTek FFS are re-usable as the probes will reset once removed from contact with the spill and any fuel residue evaporates or is cleaned off.

THE APPLICATION
TraceTek FFS probes have been employed both mounted on a floating device to detect surface hydrocarbon film and also fixed at the bottom of the sump to detect sinking hydrocarbons. Their ultra fast leak detection capability provides an opportunity for drain valves to be closed before fuel escapes into storm drains or surface channels.